A Saturday class for teens interested in making films and having a voice.

Students age 13 to 18 work in depth on creating short films that stem from their daily experiences. Though the class will decide on an idea as a group, the themes of culture, identity, and roots will be central.  Students will learn how to storyboard, how to film using professional grade equipment, and how to edit using video editing software. The goal of the class is for students to be confident in both their video skills and in their creative voice, to learn how to collaborate and how to carry a film project to its completion.

No video experience necessary just a passion to learn film and a commitment to attend every class. 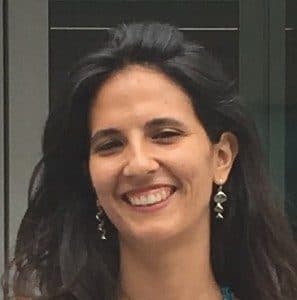 Natasha Cohen Carroll graduated from Haverford College with a double major in English and Fine Arts with a concentration in photography. She was awarded the Center for Peace & Global Citizenship Grant and taught photography and theatre to children in Ahmedabad, India. Natasha is bilingual in English and French and advanced in Spanish. She has been an artist/counselor with the West Park Cultural Center’s Camp Ginkgo for the past three summers and has led stop-motion and poetry workshops throughout the year. She co-organized the Mustard Seed Film Festival and is working on documentary film projects about community and culture. Most recently, she was a Movement Media Fellow with the Media Mobilizing Project.

Scholarship assistance available for those who qualify.

How to apply
Please complete the Registration Form and submit. You will receive a confirmation upon submission.