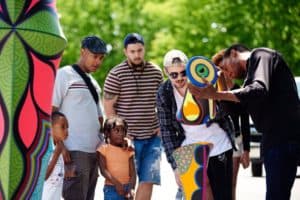 “We are excited for the growth of the West Park Arts Fest, a day of arts and culture for every member of the family to enjoy! The participation of our co-presenters along with many arts, cultural, and community partners create a fun and engaging day,” says Betty Lindley, Founding Executive Director of West Park Cultural Center.” 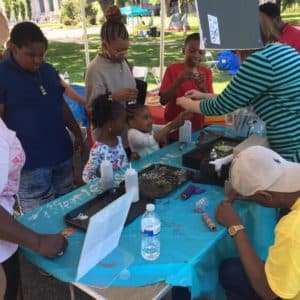 Fairmount Park Conservancy and Mural Arts Philadelphia join West Park Cultural Center as presenters advancing the festival’s mission to bring communities together in the park, promote greater awareness of the area’s history and heritage while celebrating the arts and cultural diversity of Philadelphia. The festival is made possible in significant part to the participation of many arts, cultural, and community partners from West Philadelphia and across Philadelphia including The Franklin Institute, Mann Center, The Philadelphia Zoo, Shofuso Japanese House and Garden, and many others.

Sounding the opening of the Arts Fest will be the award-winning beats of the West Powelton Drum Squad. Attendees of all ages will enjoy stages of culturally diverse performances by some of the area’s most talented dancers, musicians, and vocalists.

The Festival is excited to announce Philadelphia’s first ‘Funkfest at the West Park Arts Fest’ curated by Badd Kitti. The headliner is none other than Philly’s own Breakwater. Funkfest will captivate audiences with a roster of impressive performances and legendary artists including Badd Kitti, BlaqMel & The Problem, Mixed People, FAWZ, Expansion Project, My Funky Brethren, and others. 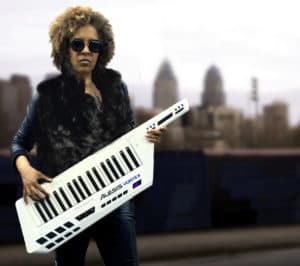 Performances on the dance stage include Take It Away Dance, Swing Two, Penn Chinese Dance Club and more to be announced.  The event will engage the young and seasoned in dance, art making, and other activities including narrated historical trolley tours through the Centennial District. Two performance stages, work by local artists, unique art installations, an Art/Craft Market and the offerings of diverse food vendors, make the West Park Arts Fest a must-attend event. 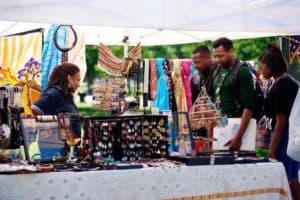 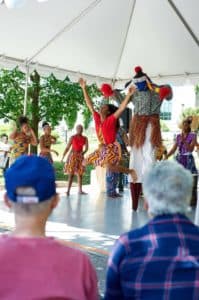 Jane Golden, executive director of Mural Arts Philadelphia, says, “We are thrilled to be partnering with the Fairmount Park Conservancy and West Park Cultural Center to make the West Park Arts Fest exciting, impactful and creative. This festival has become a cornerstone event in Parkside, an area of the city where Mural Arts has long-standing ties. We look forward to dreaming up ways we can together bring art and murals to all who attend. “

“Fairmount Park Conservancy is proud to partner with the West Park Cultural Center on the 2019 West Park Arts Fest,” said Ellen Ryan, Senior Director of Strategy and Planning.  “The Arts Fest is a wonderful celebration of culture and Fairmount Park. The music, dance, crafts, and food add up to a great afternoon for families.  Join us in the beautiful Centennial District.”

The West Park Cultural Center promotes a thriving West Park community by using arts and culture as a central tool in programs that help youth tap their creative and academic potential and where residents can access the arts, education, and other support programs that contribute to their personal development. 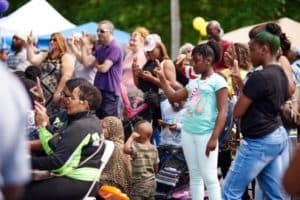